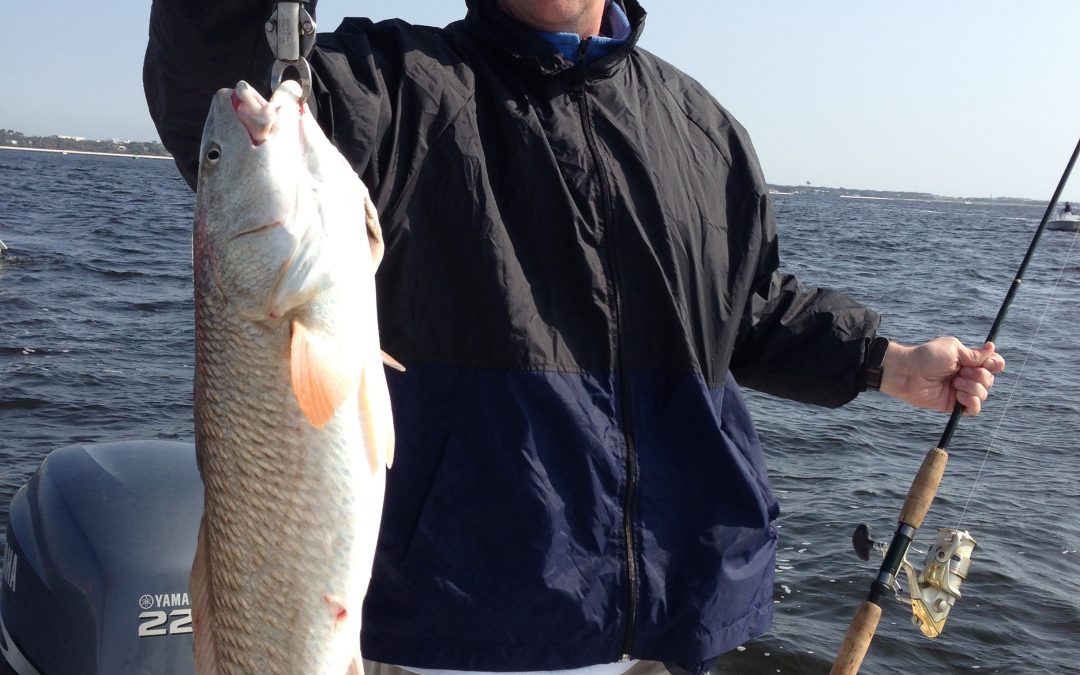 Tailor Your Tackle
Accurate casting begins with the proper tackle choices. The rod and reel must be tailored to the targeted ¬species and the fishing situation for best ¬performance. Opt for the smallest reels and lightest lines that will get the job done without stacking the odds steeply in the fish’s ¬favor. Lighter tackle and smaller-diameter lines promote greater casting distances and are more sporting than heavier setups. That’s why serious light-tackle anglers have several rod-and-reel combinations, and they select the most appropriate for the fish they’ll be pursuing and the environment in which the pursuit is to take place. Never will they spool light line onto a heavy outfit and try to make do.
It is true that longer rods can add distance to the cast, provided there’s enough action (flexibility) within the upper end of the rod blank to generate additional pitching momentum. This is why many of the better casting rods come in 7 to 71⁄2-foot lengths with fast or medium actions. Rods that are short, stiff and heavy might be good fighting tools, but they are certainly not ¬conducive to long casts.
Modern spinning reels greatly improved the ease with which monofilament and even braided line leaves the spool during a cast. The lesser amount of resistance on the line enables a bait or lure to travel farther, ultimately allowing anglers to reach fish that would have been out of range just a few years ago. And now that the use of braided lines is so widespread, there are several spinning reels with spools that minimize resistance and increase line flow, specifically designed to enhance the performance and casting distance of braid.

Go Over For Accuracy
When mastered, an ¬overhand cast provides the most accuracy. Start by ¬reeling the bait/lure to within a few inches of the rod tip in preparation for your cast. That lends itself to greater control, unlike dangling the bait or lure 2 to 3 feet below the rod tip, which often results in casts that are not properly lined up and are prone to drifting off target.
Next, with the bail open and a finger gripping the line, and with the opposite hand gripping the rod butt for more stability, aim the rod tip at the target and rear it backward until the rod is above and slightly behind your head (with the reel positioned in front of your face). Then push the rod tip forward rapidly and release the line the instant it is again pointed at the target. You can simultaneously snap down on the rod butt during the cast for increased thrust and power, which prove beneficial when pitching a bait or lure into a strong breeze.
You must develop a rhythm as well as a feel to achieve the most rod speed and greatest casting distance. Obviously, when casting to fish that are relatively close, ease back on the speed and power of the delivery, unless you need to compensate for the wind. A gentler pitch often yields a softer water entry, which, in turn, spooks fewer fish. For those long casts, however, and when casting into or at an angle to a stiff breeze, speed and power are definite requirements.

Full Spool Is the Rule
Maintain every reel full of line. The less distance between the outer layer of line and the lip of a spinning reel spool — or the levelwind, if using a bait-casting reel — the less resistance the line -encounters as it leaves the reel. And as previously explained, that leads to more distance. In addition, a spool properly filled has a larger diameter, which means larger loops and fewer revolutions as the line leaves the spool. That also contributes to longer casts.
Change out line ¬regularly, especially in the case of monofilament, even if it still appears fresh. Once the mono loses its polished finish or the color and waxy feel of the braid fades, it’s time to replace it. The slick ¬finishes reduce friction during ¬casting. When they fade, so does casting distance.
When joining leader to line, use unobtrusive knots that won’t catch on rod guides and bail rollers. A bulky knot that doesn’t travel freely can negate all other advantages and hinder both the distance and accuracy of your casts. For spin tackle, the Bristol knot is my favorite.

Underhanded Option
Offshore, where T-tops, towers, outriggers and other obstructions hinder overhand casting — or inshore under low bridges, boat docks and shoreline overgrowths — go underhand. This requires a sidearm-casting motion, instead of the conventional overhead.
Offshore, it’s common to need to cast underhanded when presenting a bait to a moving fish or sending a lure into a feeding blitz. In both cases, you must identify the target and mentally compensate for any fish movements, wind or both before letting your lure fly. You want the bait to land several feet ahead of and beyond a fish, where it can be reeled back into the fish’s path. Next, grasp the line, open the bail, bring the rod around to your side — much like a baseball player getting ready to swing a bat, but more parallel to the water — and make the cast. Again, for more distance, snap back on the rod butt during the swing. The key essentials are the same as for overhand casting, except all the movements follow a horizontal plane.
Inshore, the same applies when casting into tight confines. Many times, speed and power help with low trajectories, as a bait or lure can be skipped across the water and up underneath overhanging tree limbs or low boat docks where snook, ¬redfish, baby tarpon and other game fish lurk.

Little Things, Big Differences
Line twist, wind knots and old or worn mono or braided line cut down ¬casting distance and accuracy. With spinning reels, each time the bail is closed ¬automatically after a cast (tripped by a stopper when ¬turning the handle), it puts a slight turn in the line as it lays it onto the spool. Without a swivel, and after repeated casting, line twist eventually occurs. Wind knots, most often an issue with braid, can also be caused by line twist.
You can minimize line twist and wind-knot issues by simply closing the bail manually. After closing the bail — and this is especially critical with braid — pull the line tight, right in front of the spool, and begin winding it onto the reel spool, under some slight tension.
After a foot or two of line goes onto the spool, just continue on with your fishing. This tactic lays the line tightly onto the spool, reducing any loose areas which, after a while, could hamper casting performance or even worse — spawn nasty wind knots.